Back to health library main

Intense exercise may give memory a boost 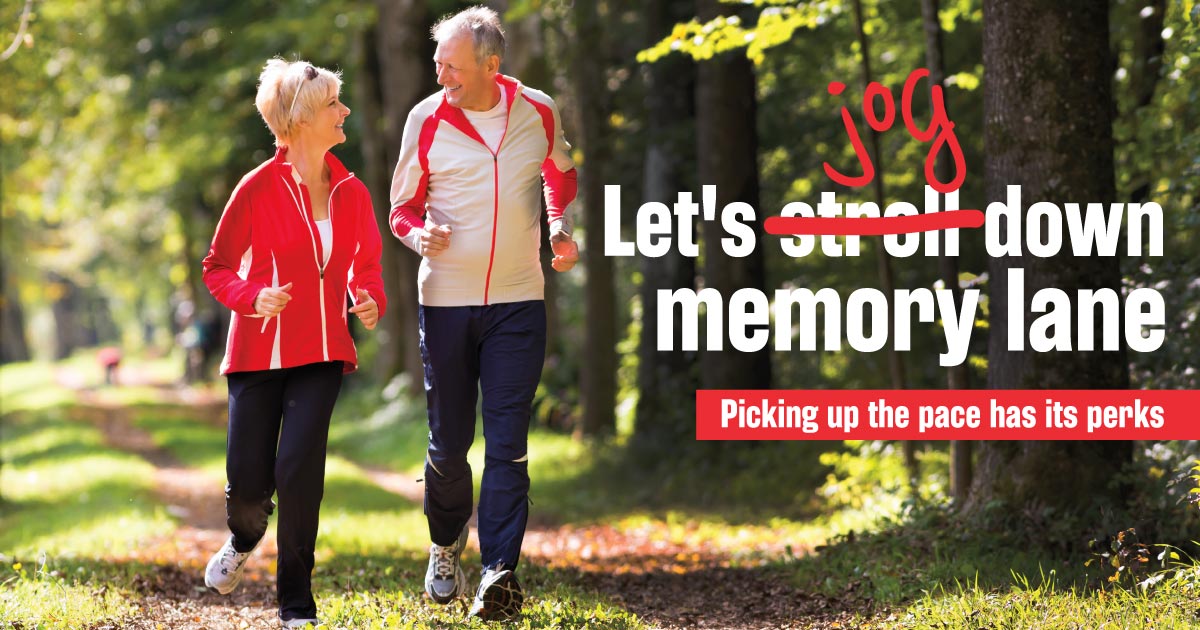 Nov. 20, 2019—Regular exercise is good for your brain. It can improve memory and other thinking skills—and lower the risk of dementia, according to the U.S. Department of Health and Human Services.

But how much does the intensity of your routine matter?

That's what researchers set out to learn in a recent study. They found that raising the intensity of a workout could lead to big improvements in memory.

High-intensity interval training (HIIT) is vigorous exercise done in short bursts with periods of rest in between.

In the study, inactive but healthy older adults between the ages of 60 and 88 were divided into three different exercise groups. Some took part in HIIT. Some worked out at a moderate pace. And a third control group did stretching activities only.

The HIIT regimen included four sets of intense exercise on a treadmill for four minutes each, with each set followed by a period of rest. Those exercising at a moderate pace took part in one set of aerobic activity for nearly 50 minutes.

Each group completed three exercise sessions a week for 12 weeks.

At the end of the study, both the HIIT and moderate groups saw improvements in executive function. That includes the kind of cognitive skills people use to plan and organize, monitor their behavior, and control their emotions. But the HIIT group also improved their performance on short-term memory tests by up to 30%. The moderate group didn't see those same gains on average.

The study was published in the journal Applied Physiology, Nutrition, and Metabolism.

Want to give HIIT a try?

One of the researchers said that adding intensity to a daily walk could be as simple as walking up more hills or quickening your pace between streetlamps.

Of course, it's always important to talk with your doctor before making big changes to your exercise routine.

Learn more about staying fit as you age with this quiz.